Sell My bike in Daventry

SELL MY BIKE IN DAVENTRY

If you're in the market to move on your motorbike, and don't want the hassle of filling out a form on every site, only to be offered a naff price that we all know is WELL BELOW what it's worth, try us out. We're a team of actual humans, who receive hundreds of offers per month of quality used motorbikes. We inspect every form we get through and carefully quote you a price that's good for your pocket, and makes us a little to keep the electric on!

Why are we different to the rest? The answer is simple - we do things personally. After we've received your "sell my bike" form we'll go through all the details, and be able to make you an accurate offer based on demand, market value, specification and condition, rather than a low 'book price' you're likely to get elswhere. Once we've come to a figure, we'll contact you to arrange a collection day/time. If you're happy with everything, we'll meet you on the day, sort you the money there and then, and bring it back to our workshop for some TLC.

Wherever you are in Daventry, whether it's Royal Oak are, Borough Hill or slap bang in the middle, we love avoiding the long drives up and down the country for bikes, so the money we save on pasties and petrol, you'll benefit from too! 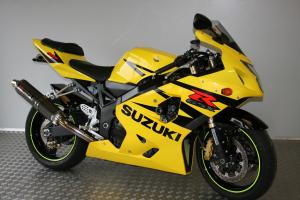 WHY MOTORCYCLES ARE SO POPULAR

There are millions of people worldwide who ride motorbikes and in 2010 it was recorded that 17,515 motorcycles were spotted on major roads throughout Northamptonshire.  Out of the thousands, many may decide to eventually sell on their bikes, and this is where we come in. If you live in Daventry or the surrounding area and decide ‘I want to Sell My bike in Daventry’, then we are here to help.

Many people are attracted to motorcycling for many different reasons. When faced with the numerous personalities of both riders and motorcycles, there may not be a single answer.  There are though, many universal attributes that get under the skin of the motorcyclist and feed the desire to ride. Freedom is often cited as an attraction especially within motorcycling. Compared with driving a car, riding a motorcycle offers freedom from the constraints of the traditional four wheels.  When a car negotiates a turn, it leans to the outside of a corner, struggling to maintain its former direction of travel. A motorcycle leans into a corner.

Being out on a motorcycle is also about being at one with nature, the climate and your surroundings. Unlike in a car, on a motorcycle you are able to experience everything from the smell of baking bread to freshly cut grass. Your body will also feel the thousand tiny impacts of raindrops and absorb the buffeting of the wind. Your skin will feel the gently warming temperature as you crest a hill. With motorcycling, you are no longer huddled behind a wheel disconnected from nature.

Motorcycling is a resounding social plus. There are huge benefits like reduced traffic and parking congestion, better fuel economy and fewer noxious emissions.  Freedom, fun, a clear mind and clear conscience. These are just some fantastic reasons as to why owning a motorcycle is a great idea. Every motorbike has its day though and when you decide you want to sell it on we are here to help. At We Buy Used Bikes, if you live within Daventry or the surrounding area and decide ‘I want to Sell My Bike in Daventry’ contact us today by completing the enquiry form below.

Ready to sell your bike?

Enter your reg, accept our offer and we will collect your bike, free!