Here it is folks! The ultimate guide to the hottest bikes in the UK right now. We've been running Cooper B Motorcycles for over 25 years now, and it's never been more exciting to be in the bike trade. Every year there's groudbreaking improvements to safety, stability and of course performance that are soon adopted by many other manufacturers, and the flair and creativity of the 1980's is coming back! Take a look at our hotlist of the top 10 hottest bikes in the UK.

The new Speed Triple is billed as a 'legend' that has come of age. Originally launched back in 1994, it delivers 'Power, precision, character and performance' and the new edition brings all of the past back to life in a 1050cc triple engine, wrapped in the uniquly shaped chassis that defines it as a Streetfighter. Custom riding modes allow you to choose between rain, road, sport, track or your own configuration of throttle response, ABS and traction. It's a beautiful bike and it's been brought bang upto date with it's latest slimline incarnation. 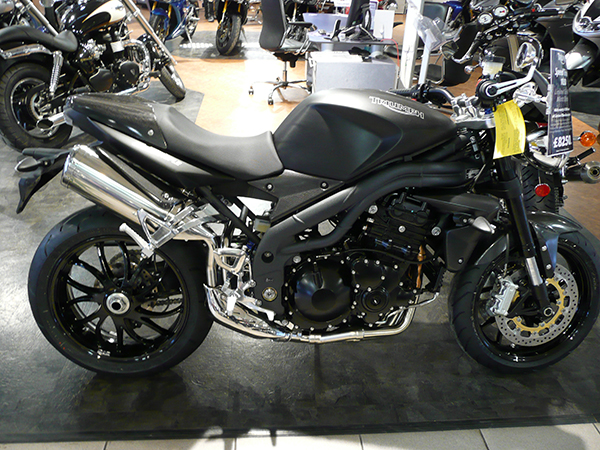 Another revival piece from sport bike legends Suzuki. Originally launched in 2001, the K1 and K2 models replaced the GSX-R1100 with a new engine design, 100cc less power, but a top speed of 179mph and improved exhaust system, surpassing it's rivals the Yamaha YZF-R1. Fast forward to 2016, and the 8th incarnation the K7 and K8 variants are still in demand. Launched in 2007 they featured much improved revs, larger throttle body and some chassis changes that evolved over the models into a much more comfortable ride. The user-selectable engine maps for throttle, power and rpm give it the variation it needs for different rides. 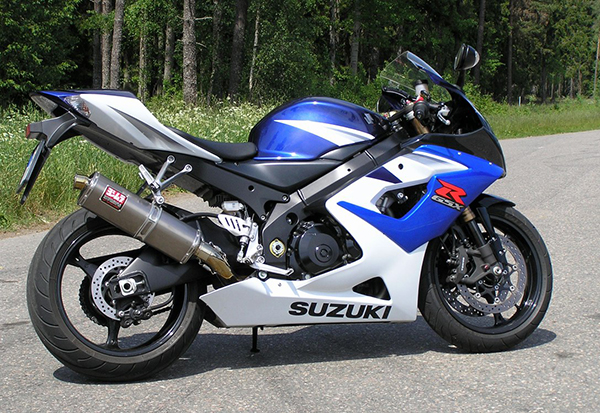 One of the longest running models, and for a good reason. The first generation were air and oil cooled back in 1985, but many changes over the decades have been made to improve ground clearance, engine config, carbs and a familiar GSX-R 1100 frame that hugely defines these models. With a new water-cooled engine, major revisions of the cranks, forks and aerodynamics, the later models (2006-2016) are much more lightweight, have narrower valve angles to create more combustion and improved power, and a tonne of electronic adjustments achievable through it's ECU. The 'back torque limiting' clutch makes a much smoother downshift on the recent models too. 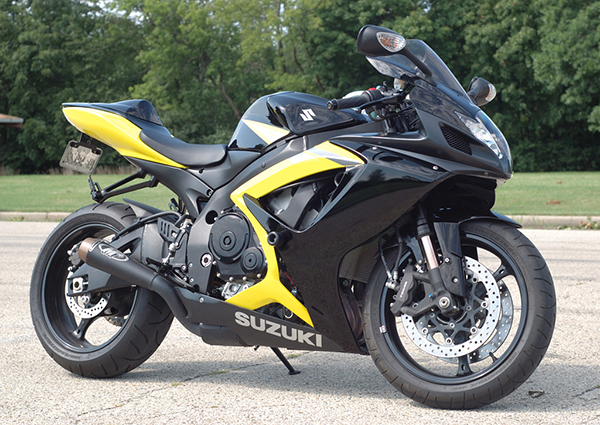 From '92 to 2012 came the 600 series of the popular GSXR range. First launched with a water-cooled 600cc version of it's big brother back in 1992, but more appealing to the more reserved road users that wanted a taste of the superbike style at a more affordable price. Later models (2008-2010) are still highly saught after as a 'grown ups bike' when riders finally ditch their L plates. These still provided a decent ride with 103hp at 13,550 rpm compared to the 750, with a more appealing insurance bill too. 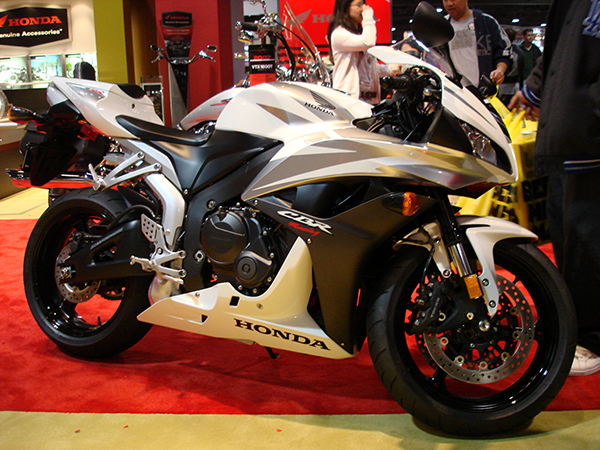 Liquid cooled, inline four-cylinder engine with a triangular layout of crankshaft , input shaft and output shaft giving this super sports bike great rigidity and low weight. The multi-plate wet slipper clutch on these allows close-ratio transmission ideal for closed-course competition and reduces hard downshifting at high speeds. The wheels on these bad boys are 6 spoke and are meant to be as light as race wheels! Spanning a model life of over 10 years, the original was first launched in 2004 and has undergone a major overhaul between 2011 and 2015. These now feature their Sport Kawasaki Traction Control system (S-KTRC) as standard, their Intelligent Braking System (KIBS) and 3 spoke wheels. A great ride balancing power, weight and torque in a bike that feels like it's stuck to the floor and has proven itself in the Macau Grand Prix and 2015 Superbike World Championship. 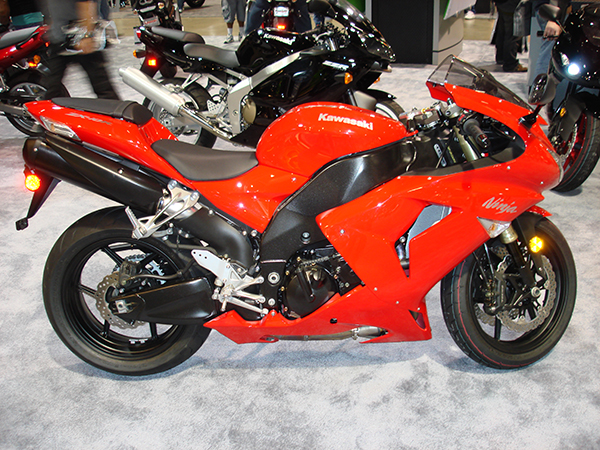 Originally launched in 1995, the later models look more angular and quite similar in style to the ZX-10R, the main differences being a much smoother ride. Bigger springs, regulated pre-load, a superior mapping of their KTRC system to give greater control over ignition timing and over-spin on slippery surfaces, plus it looks like something out of StreetHawk. Weighing in at 192Kg and offering 129.3BHP it's certainly not to be messed with, even for a 600cc category. 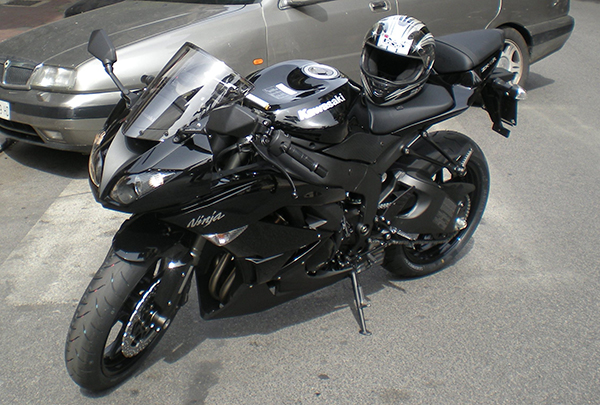 The 2008 re-design sparked a new wave of CBR lovers as it entered it's 9th incarnation with titanium valves, new ECU and a 12:3:1 compression ratio giving a tigheter fuel/air mix. More improvements followed with the introduction of lightweight turn signals, improved styling, inertia through a larger flywheel and 12-spoke wheels. A worthy contenter for our top 10 and a winner of Bike of the Year 2008-2009. 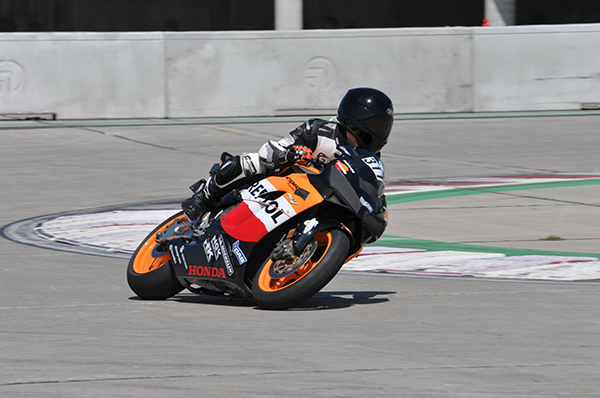 In awards alone, this should be in anyones top 10. The CBR600FF has managed to pick up a whole bunch of accolades including Best Sportbike, Best Middleweight Sport Bike and Best Sportsbike under 600cc. Top speed of 127mph, the later model which began it's re-style in 2007 sports a radical change over it's predecessors. Weight being the primary focus, and weighing 20lb lighter, they weren't joking around. Slim, compact, short wheelbase with the option of combined ABS and imrpoved fairings too. The 2013-15 edition features 12-spoke wheels and features the Showa big piston form.

If you want thrills, looks and excitement with power, modern instrument dash and superb handling.. this is should be on your list! The YCC-T (yamaha chip controlled throttle) gives you the choice of ride style to adapt to whatever terrain you're faced with with more power available in the lower to mid RPM range than any other. Rear shocks offer variable speed damping and the classic R1 shape. The recent launch of the YZF-R1M shows this bad boy is not likely to go away soon and with a shorter wheelbase and swingarm it feels much more compact. The magnesium wheels and sophisticated traction control give it power coupled with stability and great balance preventing it from wheelies and keeping the rider firmly planted on the seat. 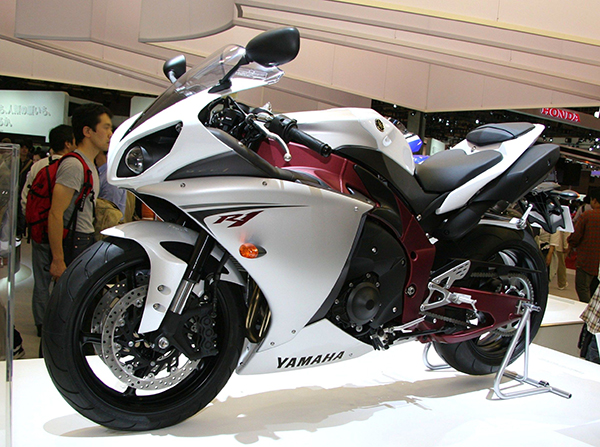 The YZF-R6. An unlikely candidate for some, but we love it. Introduced in 1999, we've seen plenty of these on our travels, including the Supersport World Championship in 2011 where Chaz Davies won both the riders and manufacturers title. In the middleweight range, this super bike boasts a compression ratio of 13:1:1, an average of 125BHP (from 2008-2014) and 0-60 in 3 seconds. It's deltabox frame design offers comfort, security and a well-balanced ride on transverse inline 4 engine. With all the features of a 600 sport class you'd come to expect, coupled with raw power and style.