Bike theft is on the up. What you can do to secure your motorbike

Bike theft is on the up. What you can do to secure

Lock up your bike!

A report from the Home Office on vehicle security and crime has revealed a shocking statistic. Crime figures from London's Metropolitan police correlates with the Retail Motor Industry Federation's report on bike theft across England and Wales between 2012 and 2014. Although these dates seem a distant memory to us in 2016, the findings do show an increasing rise in motorbike theft with a staggering 44% rise over the 2 year period, adding 2,900 more stolen bikes to the list in 2014, compared to 2012. The reports show that during 2014, over 75,000 vehicle thefts were recorded in England and Wales (which excludes vehicles taken in burglaries). It's unclear as to why there has been an increase, but speculation around an increase in more bikes on the road can be quashed, as the motorcycle industry has remained fairly constant since 2008. It has been suggested that the incrase in car security, tracking and anti-theft devices has lead to theives targeting motorbikes simply because motorbikes often don't boast the same security features. They're still high-ticket items, easy to move and easy to sell on.

We, at WeBuyUsedBikes take bike security seriously. We have a direct connection with a database of reported stolen bikes which allows us to instantly check the authenticity of any bikes that are offered to us. Data from the Met Police also shows 1,240 recorded crimes in London involving suspects on motorbikes or mopeds during 2014 which could indicate that many of the bikes stolen across the region are later used to commit further crimes. The relative drop in car thefts since 2010 either due to increased tracability of stolen vehicles or more anti-theft devices included by manufacturers, means that motorcycle thefts make up for a shocking 40% of overall vehicle thefts across England and Wales.

What you can do to increase the security of your motorbike 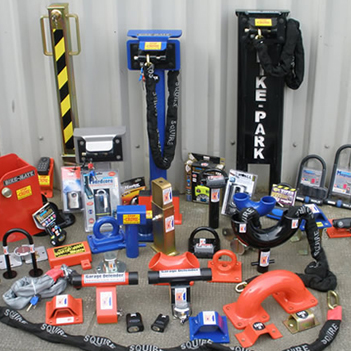 Make sure you've got a good ground anchor if you're parking your bike outside. These are devices that are fastened directly to the ground via huge metal pins, concrete or floor bolts and add an extra preventative measure should any thief try to bypass the security chain and go for the anchor point. These ground anchors from PJB are the nuts. http://www.pjbsecurity.co.uk/ 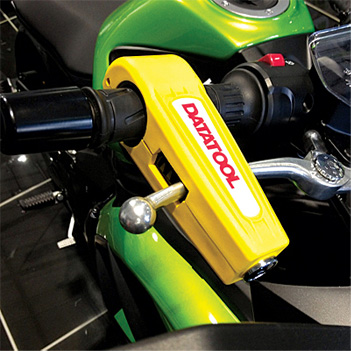 Add a croc-lock. These ingenious devices are the equivalent of yee olde steering locks you used to see on car steering wheels years ago. These ones are much less awkward to stick on though, and add an extra layer of security to your bike for less than £30. http://croclock.co.uk/

Add a GPS tracker like these ones from Back2You.com - ingenious devices that fit inside your lights or behind the fairings. It means that god forbid, if your bike gets nicked, you can track it's location online or via your phone. These are also a great idea if you're heading to a bike show and have the daunting task of finding your bike amidst the thousands of others. http://www.back2you.com